The talk was followed by a discussion.

He met with the LBI team and discussed the project with Florian Schaffenrath and Maria Maciejewska. They talked about an academic workshop and tour to Japan which will take place in March 2018. They also established some details of a conference on Jesuit drama which will be held next year in Vienna.

Apart from the meetings, on Thursday 7th Akihiko Watanabe gave a guest talk entitled Early Modern Japan, Neo-Latin, and European Classical Humanism, which was followed by a long discussion. Please see below for the talk abstract.

Professor Watanabe enjoyed the city of Innsbruck: He went sightseeing and visited Schloss Ambras. His stay created a great opportunity to intensify cooperation between Japan and Austria.

Further information about the project: http://neolatin.lbg.ac.at/tags/japan. 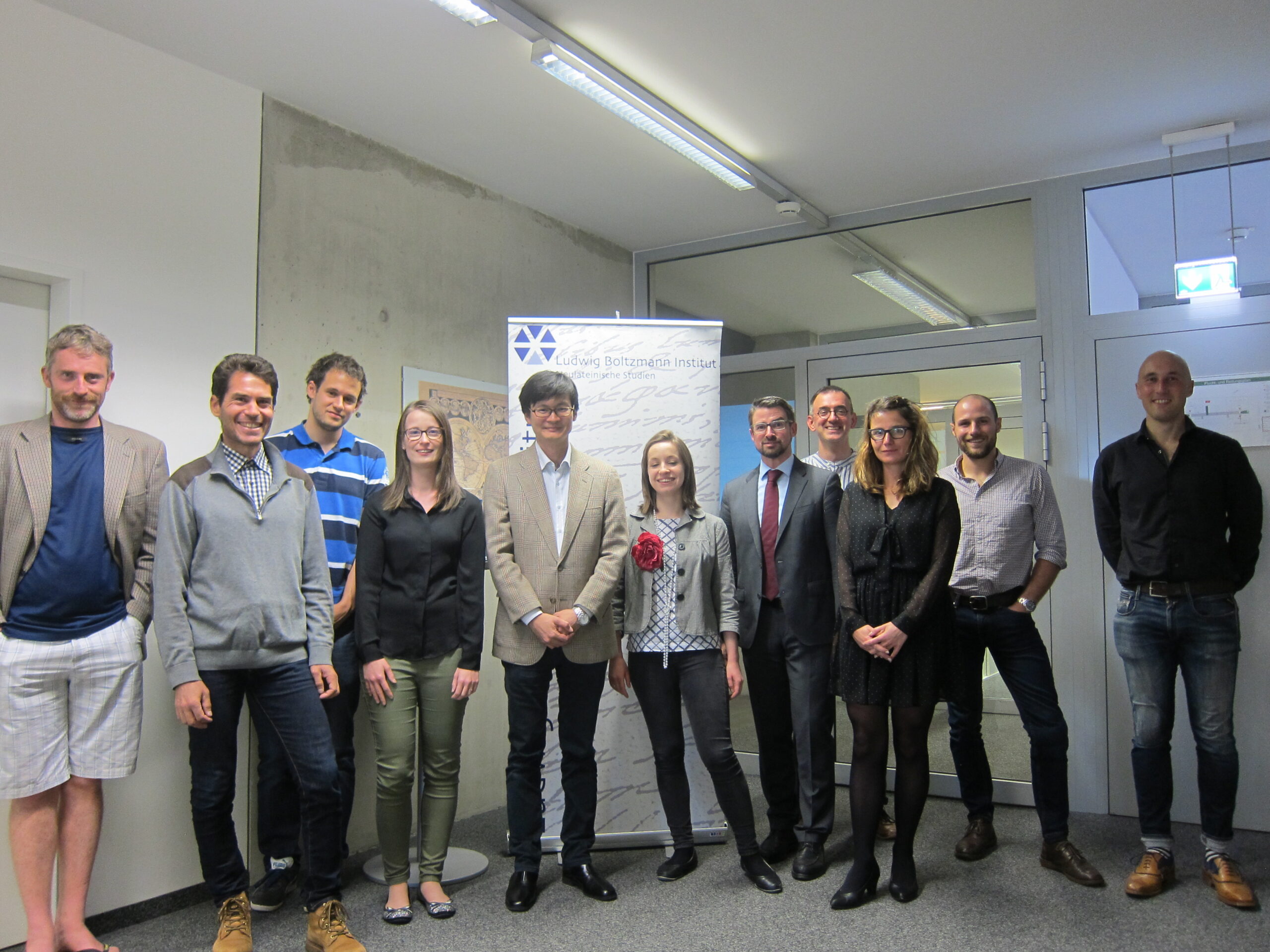 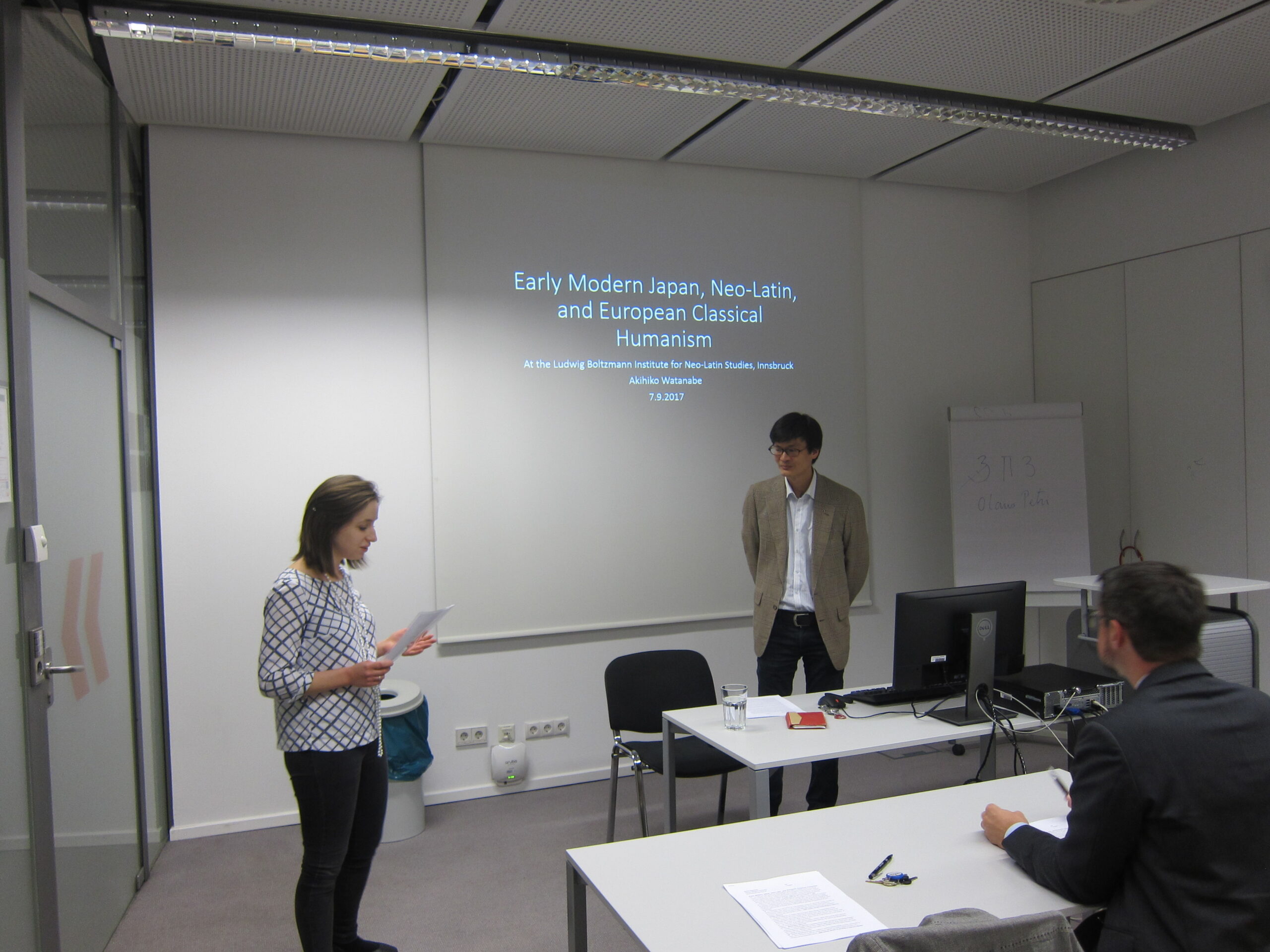