On April, 21th, the edited volume “Neo-Latin contexts in Croatia and Tyrol: challenges, prospects, case studies”, co-edited by two members of the LBI, Lav Subaric and Johanna Luggin, has been presented at the 28thColloquium Marulianum in Split. The publication of these conference proceedings of a symposium held in April 2015 in Split, bringing together Neo-Latinists working on Croatian and Tyrolean Latin literature, respectively, is one of the key results of the joint project „Croatica et Tyrolensia“, a cooperation between the LBI, the University of Zagreb, the University of Pula and the Marulianum in Split.

This publication compares and discusses the two regional Neo-Latin literatures in depth in English for the first time, cf. the official blurb of the book:

“Research during the last decades has demonstrated the critical importance of Neo-Latin literature for the formation of cultural identities on both a European, as well as on a national and regional level, especially in those parts of Europe which have not previously been at the centre of scholarly interest. The studies collected in this volume explore different aspects of the Neo-Latin literature in Croatia and Tyrol from the Renaissance to the dawn of modernity. Their interests range from the interpretation of individual genres or periods, to comparison of the two literatures and evaluation of the very concepts of national and regional literature in the field of Neo-Latin studies. It is the first volume published in English to examine either Croatian or Tyrolean Latinity to such an extent.” 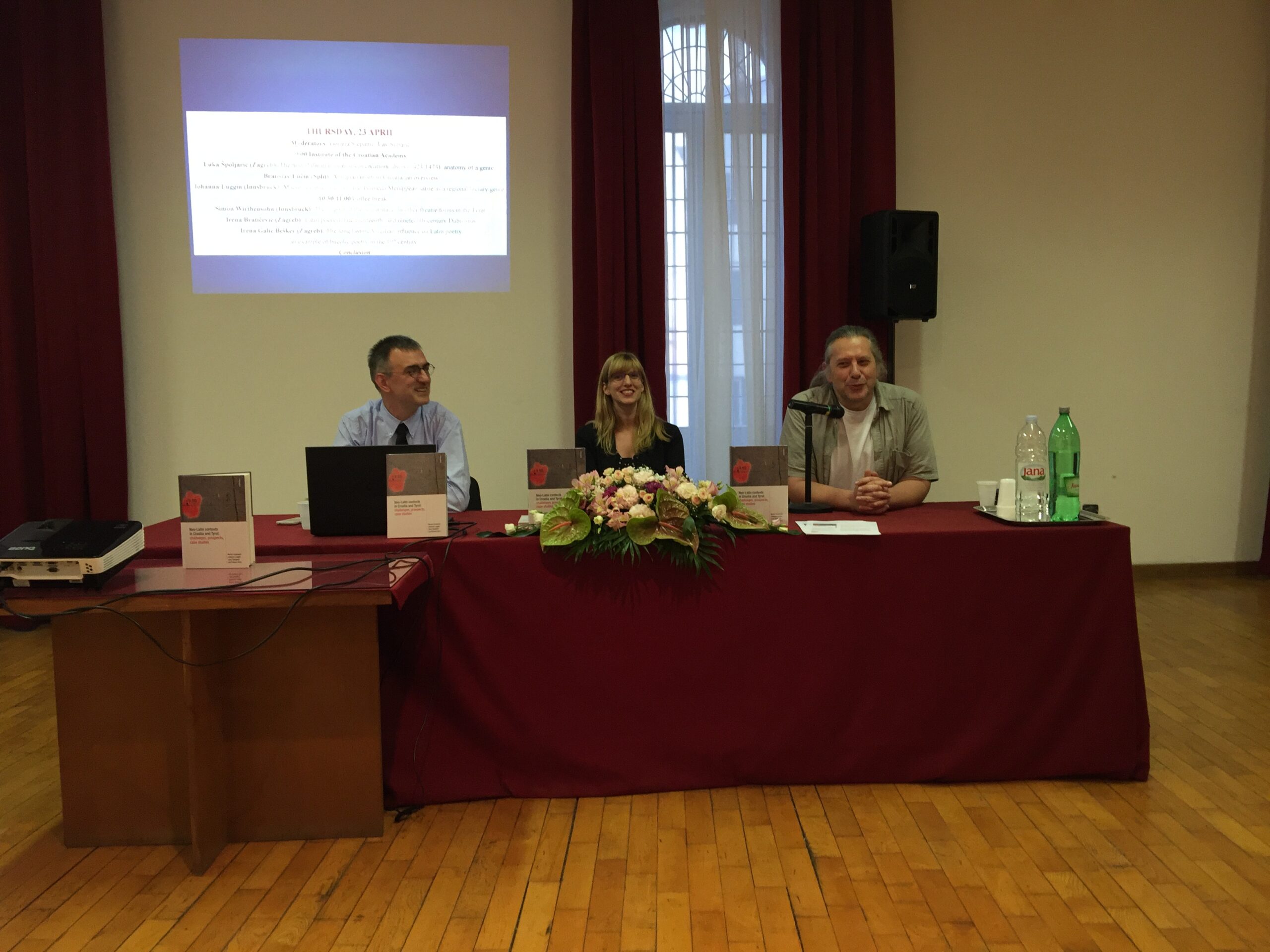