Contributions of the LBI to the ‚Lange Nacht der Forschung 2016‘

The so-called „Long Night of Research“, an Austrian biennial event, took place on Friday, 22nd April. The Center for Ancient Cultures and, along with it, the Ludwig Boltzmann Institute for Neolatin Studies has taken part in it intensively.

We have used the chance to introduce our upcoming research field and its rising importance within the humanities and liberal arts to a broader audience by preparing four miscellaneous presentations:

Martin Korenjak, on the one hand, illustrated Neolatin texts which beyond doubt have changed the whole world significantly, e.g. Newtons Philosophiae Naturalis Principia Mathematica, whereas Florian Schaffenrath, on the other,  implemented a more regional approach and presented some charming examples of the epigrams from the Cicercian chapel in Stams.

We were also able to show the artistic value of modern latinity by further two exhibits. Valerio Sanzotta and Simon Wirthensohn performed Beatles songs in Latin (e.g. omnes sumus in submarinea, / in nave flava submarinea), which impressed not only the Latin speaking part of the audience. Also, we’ve organized the second Neolatin Poetry Slam where students of the Classics department had their chance to present self-made texts with Neolatin references under the tutelage and moderation of Mieze Medusa, a well known Austrian poetry slammer, rapper and writer. 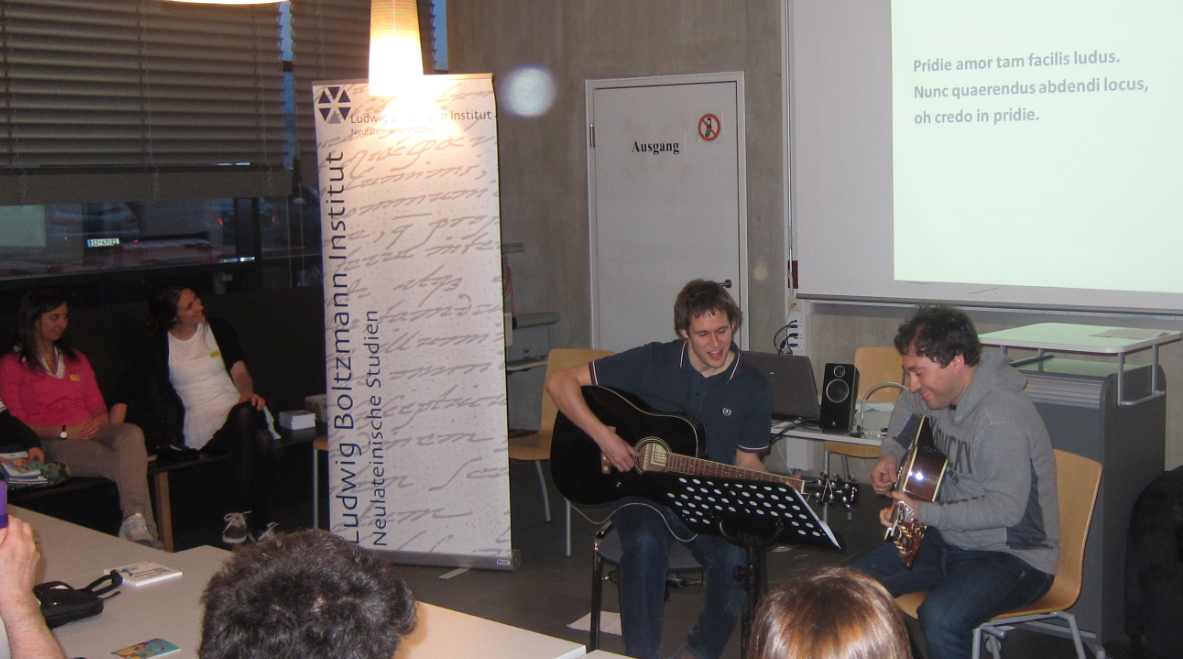 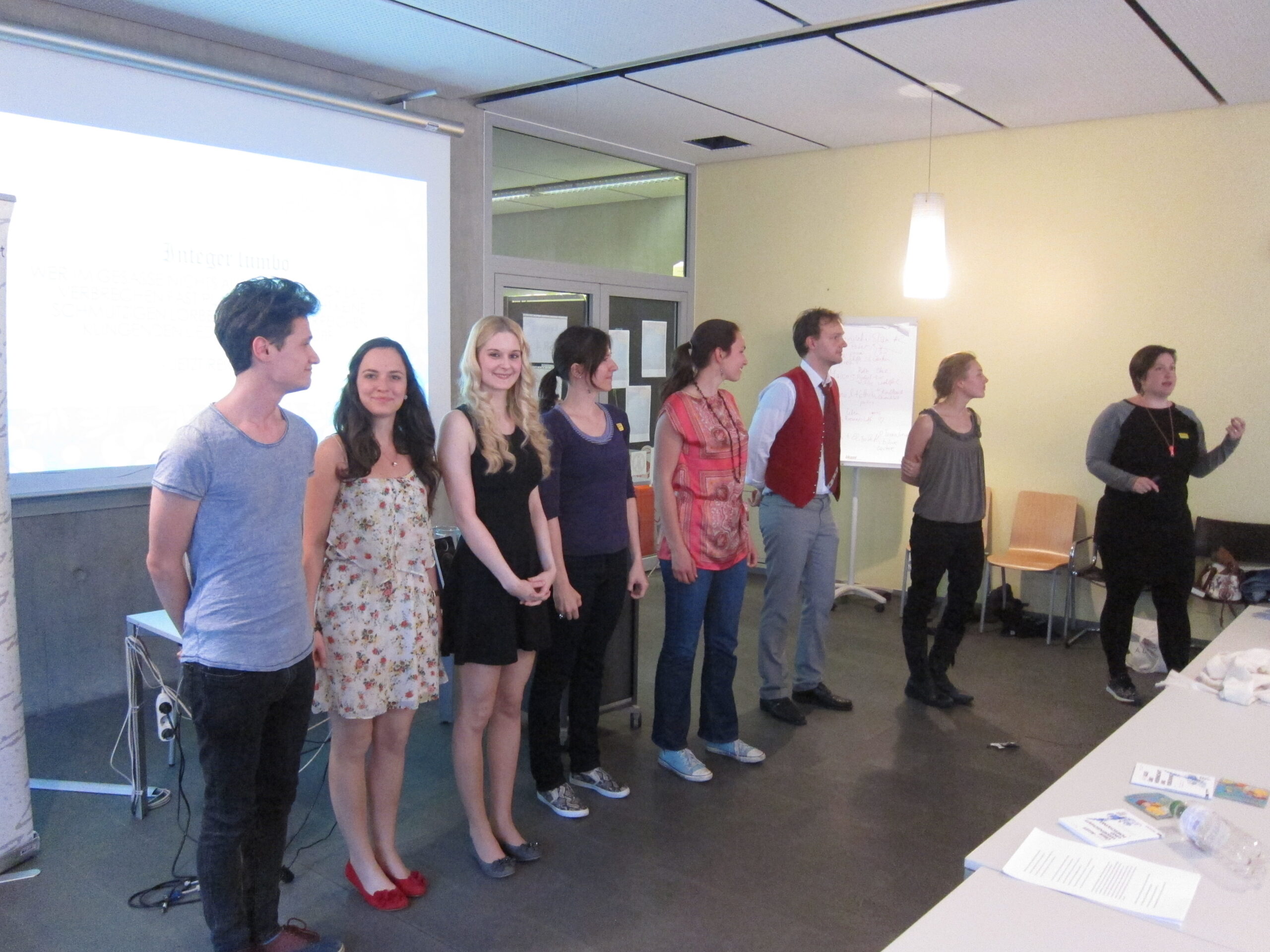 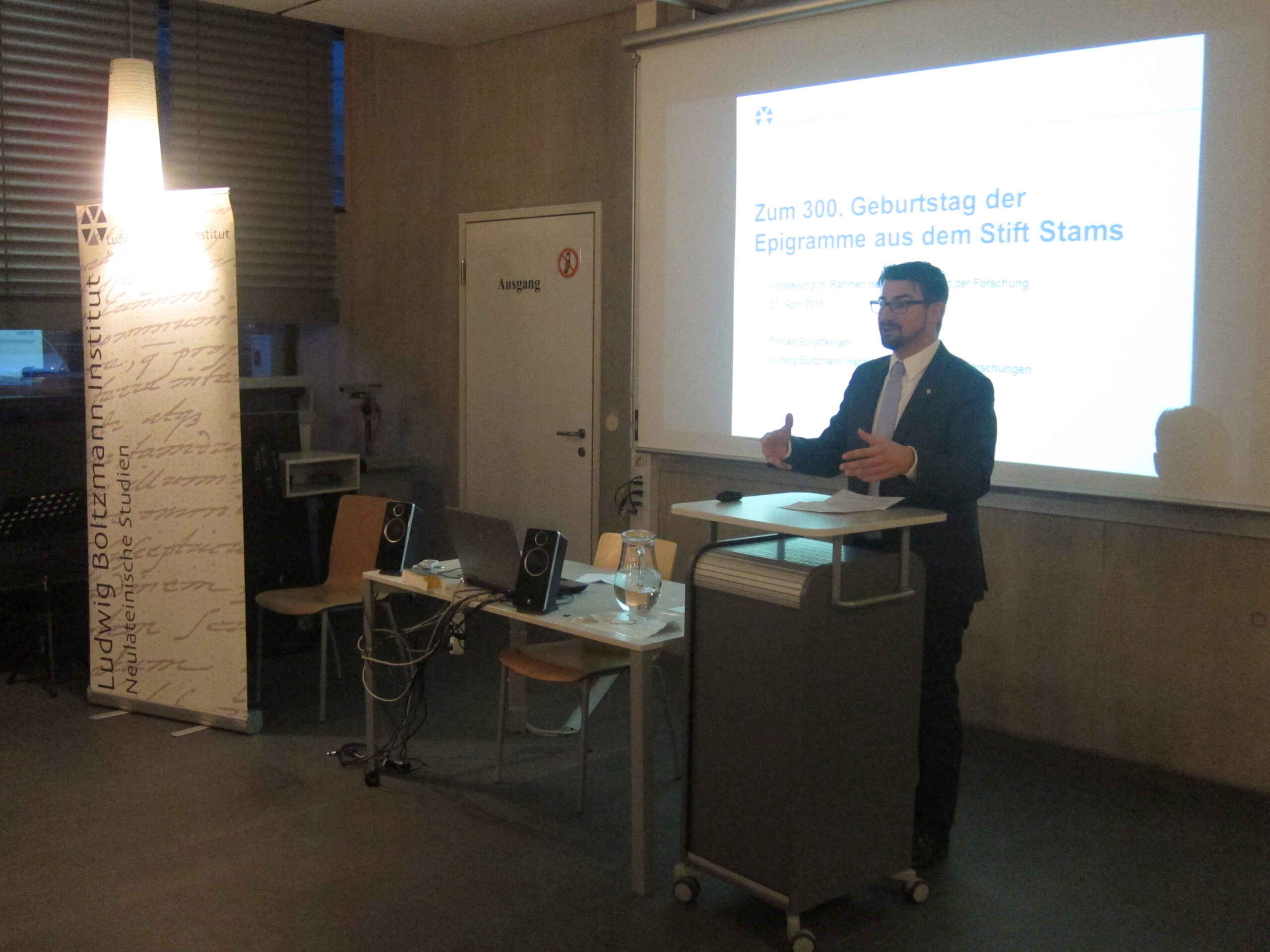 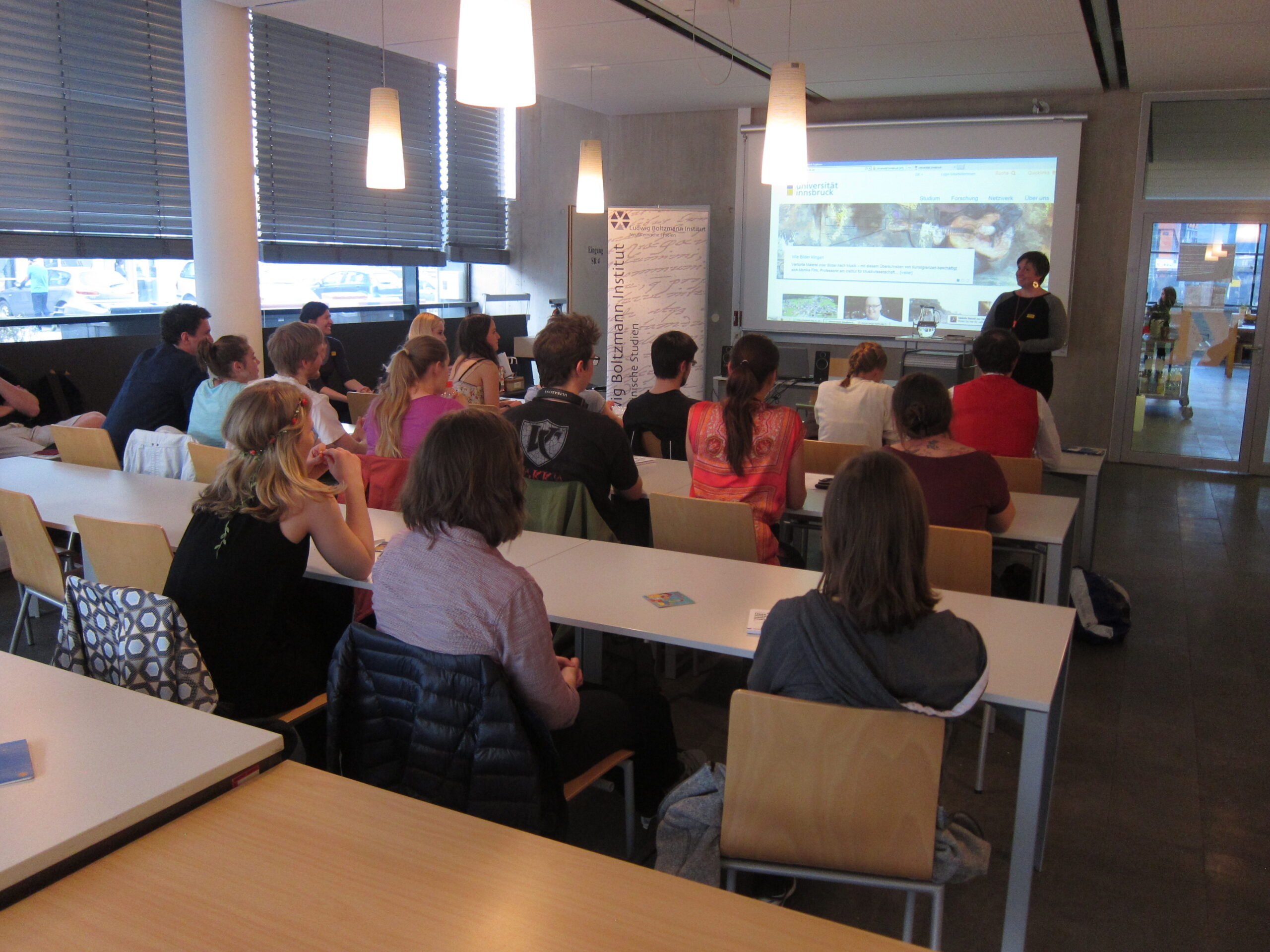