The diocesan administrator of Innsbruck, Jakob Bürgler, visits the LBI

On Wednesday, April 20th 2016, the LBI had the honour to welcome the current diocesan administrator of the Roman Catholic Diocese of Innsbruck, Jakob Bürgler. After a guided tour of the University building (Zentrum für Alte Kulturen) by Florian Schaffenrath, the members of the LBI sat together with Jakob Bürgler to present the LBI’s research projects, their focus and outreach. The primary focus evidently was on the LBI’s Religion line and its contribution to the elucidation of the concerns, the educational program as well as the religious and social impact of the Jesuit Order in the 18th century. Together with the LBI, Jakob Bürgler also discussed and approved of the prolific cooperation between the LBI and the Pontificio Comitato di Scienze Storiche in Rome, which serves as one of the four official partners of the LBI. 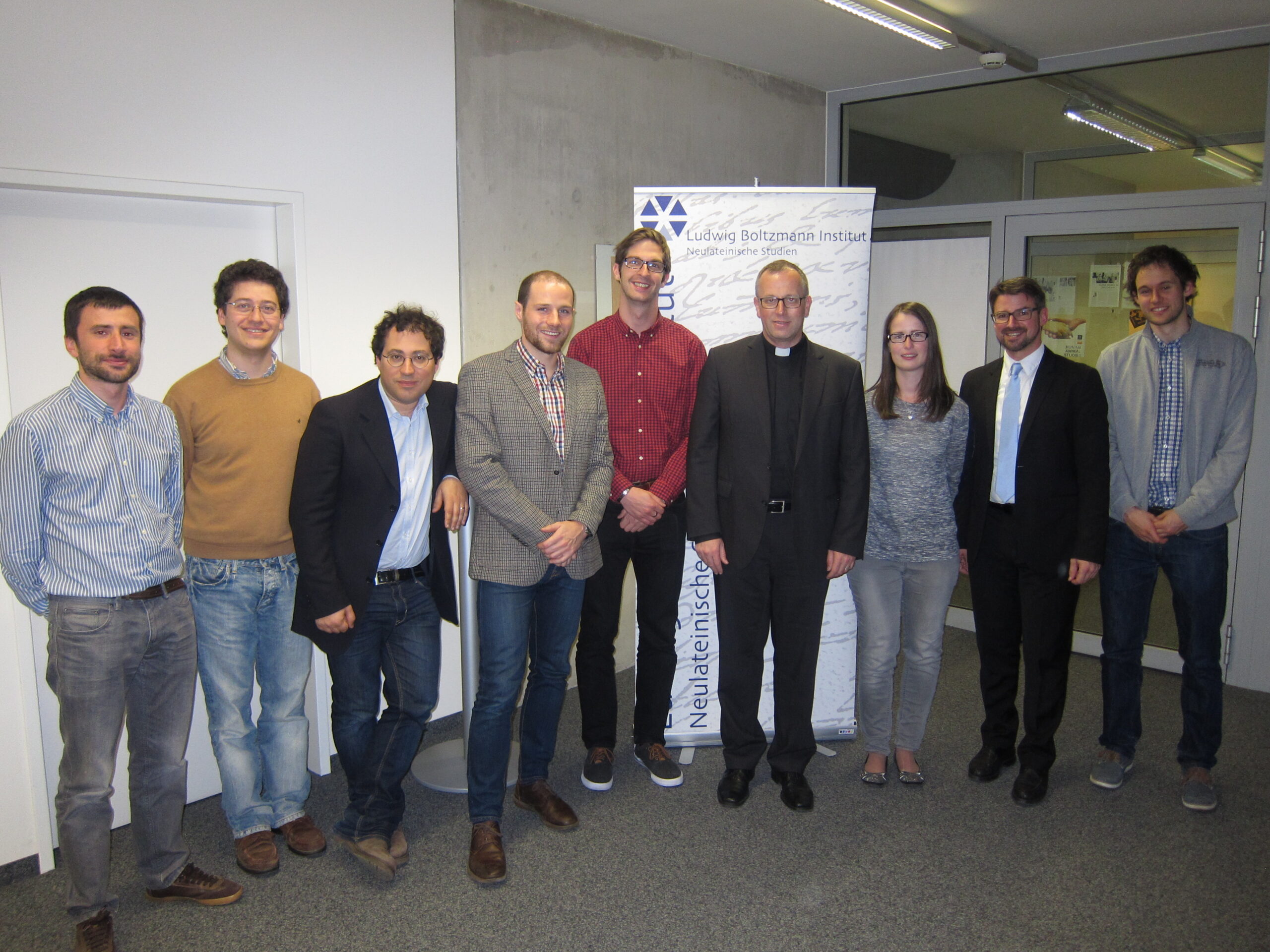