Vergil’s narrative of Dido and Aeneas had a broad reception throughout the European literary history. Due to its impact on questions surrounding the fulfillment of duty and grief, or even death caused by love, it became an example, precursor, and point of reference for many Latin and vernacular love stories, and as such, it remains important to this day. As a result of the complex and difficult interference of heroism and love, many epics ignore the latter entirely, while others try to integrate love into the heroic or vice versa. Generic traditions notwithstanding, epic poetry is strongly influenced by the changing cultural and religious beliefs, commandments of heroism, as well as emotionality, especially of love and marriage.

This question becomes particularly complex in the Latin epics of the early modern period. On the one hand, these epics are based on generic tradition and its repertoire, on the other hand, the heroes and the heroines rarely originate from a mythical past, but are contemporary personalities such as Francesco Sforza or Christina of Sweden. The aim of this conference was to examine the dimensions of the interweaving of love with Neo-Latin epics, and the interdependence between love and the heroic in the intersection of the reception of Greco-Roman antiquity and different real-world contexts. As has been shown by the recent research of Yasmin Haskell on emotions in early modern Latin poetry, and the considerations of Ludwig Braun in his paper with the provocative title “Why there is no love in the Neo-latin epic poetry?”, the topic of love and the heroic in Neo-Latin epics is not only vastly significant but also in urgent need of further critical discussion.

Considering love and heroism together raises different questions. Given that a crucial duty of early modern rulers was to maintain diplomatic and economic ties, one area of investigation was whether there were any kind of romantic love and/or arranged marriages, which were implicated in dynastic and power-political considerations. Therein, a possible effect on the motivation of the hero is already indicated. Can love drive the hero? Are there figures who can only archive heroic deeds through love, like Roland in the Italian tradition? On the other hand, we also examined whether an arranged marriage imposes on the hero the duty to prove himself and, in this case, how the hero handles the situation. We  also investigated the differences between the love of heroes and heroines. Finally, it is not less important to scrutinize the differences in distinct epic contexts, for example between epics on a condottiere in fifteenth century Italy and colonial epics set in the ‘New World’. What considerations must one take into account when telling a love story of Isotta and Sigismondo Malatesta in the Hesperis, and what, in a completely different context, are the consequences of Columbus’s love to Auria, the daughter of the king of Cuba, in Carrara’s Columbus?

Against the background of the frequent integration of pagan gods into Neo-Latin epics and a hybridisation of paganism and Christianity, the influence of Christian morals and commandments on matrimony were also considered. Are there standards for the loving hero, Christian or pagan-philosophical, or even new-stoic, that suggest that the representation of love is based on a philosophical concept? In the case of exorbitant and irrational heroes, further questions arised regarding whether a hero should love moderately or excessively and how this is judged by the hero himself, his surrounding, and/or the narrator. How does one convey and depict excessive emotions (such as jealousy) or even suicide – the latter an especially difficult issue in a world dominated by Christian morals?

Since in Latin epics the enemy is frequently a worthy opponent and therefore a hero in many respects, it also enriched the conference to focus on the loving enemy or the love of supporting actors, and to contextualize them within the broader thematics of the epic.

Finally, in addition to contemporary historical personalities, we asked whether, for instance, ancient heroes experience a transformation in the early modern epics, whether they experience love in a different way or even at all. This is especially interesting in supplements to ancient works, for example the thirteenth book of the Aeneid by Maffeo Vegio which depicts Aeneas’s love for Lavinia. 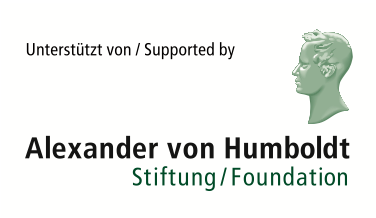 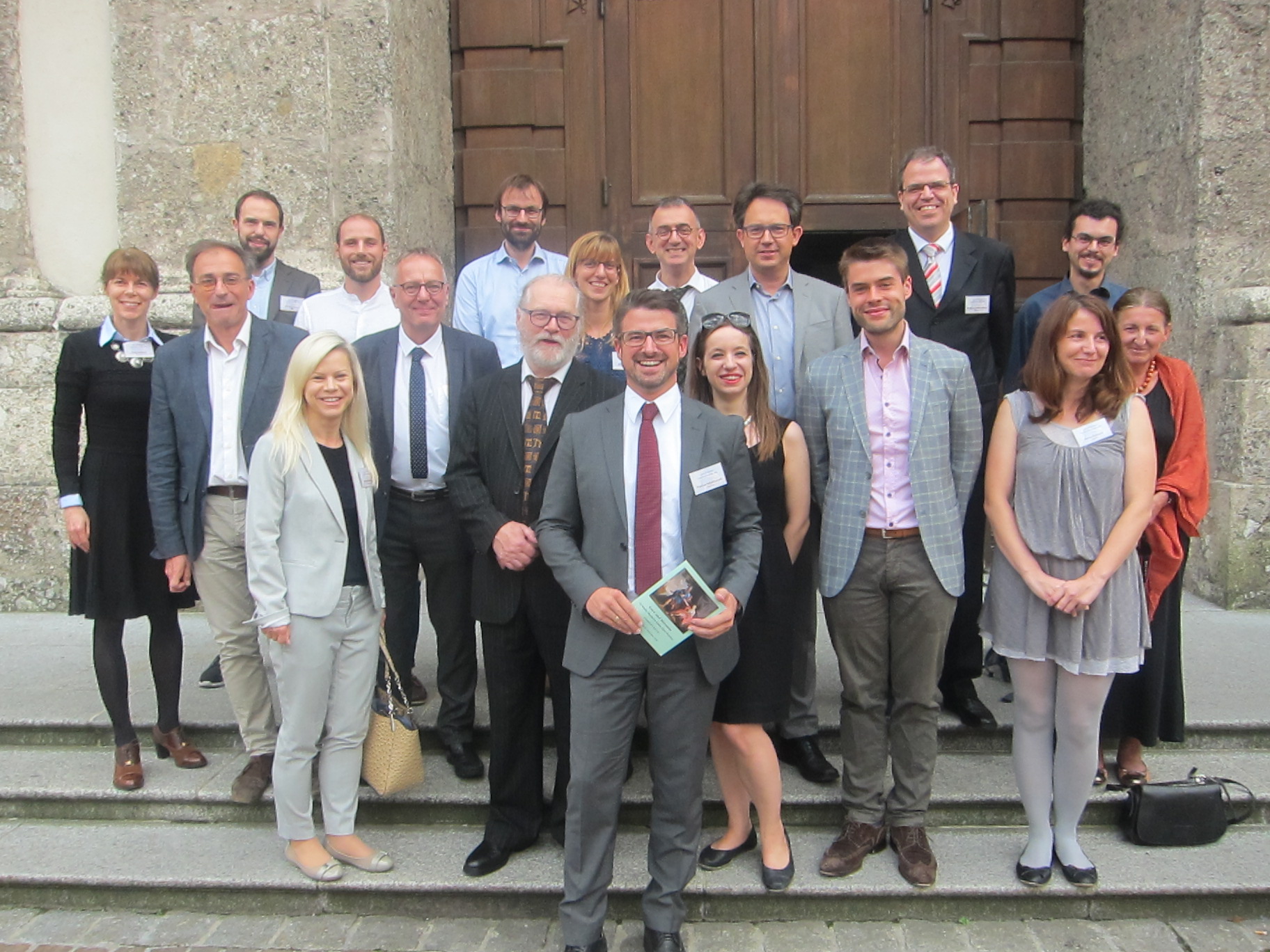 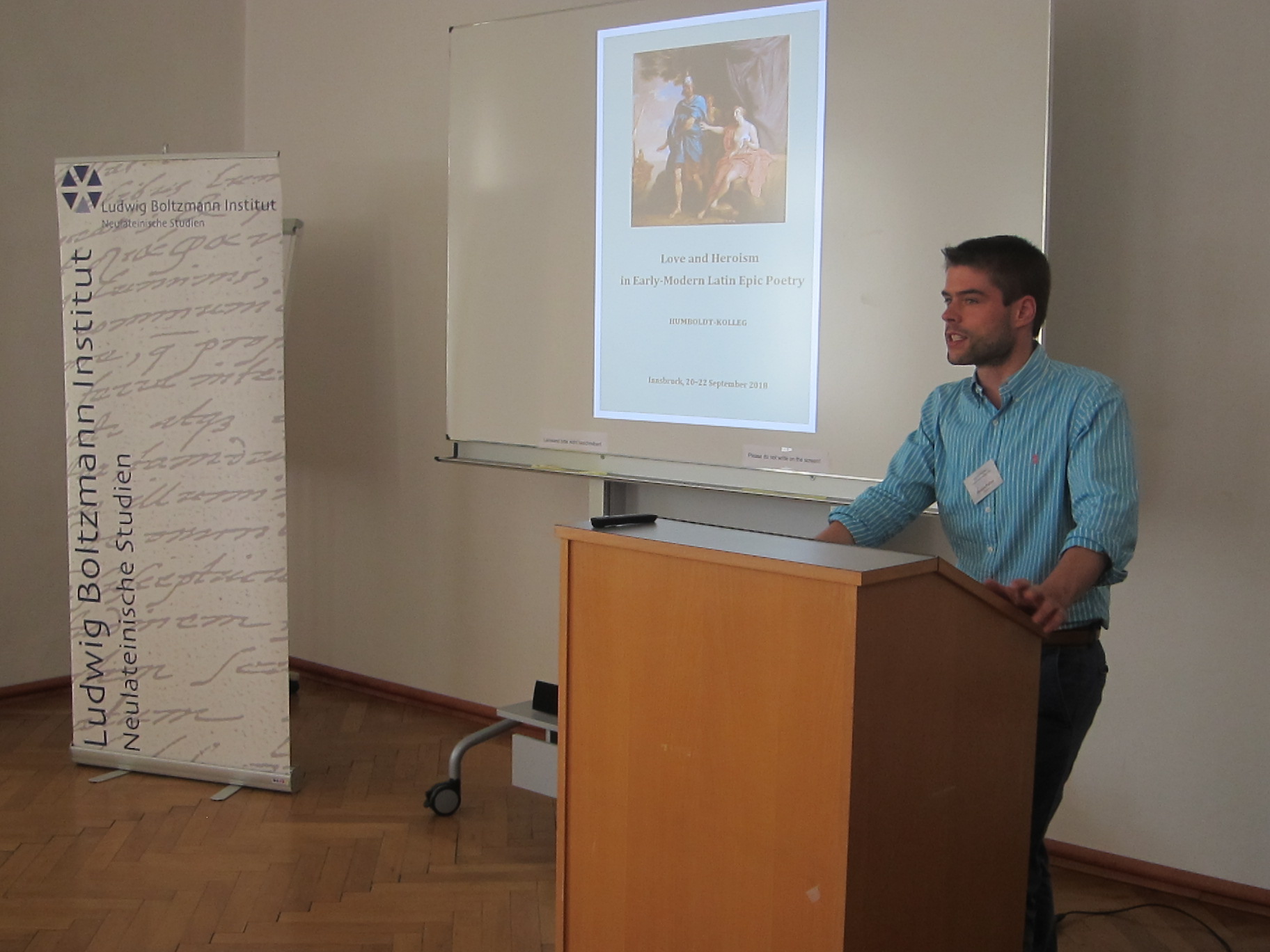