On October, 20th, Johanna Luggin gave a virtual guest talk at the STVDIO seminar of the Centre for the Study of the Renaissance at Warwick. She presented the peculiar reception of doctrines by philosopher René Descartes in two Neo-Latin didactic poems from the 18th century – the Mundus Cartesii (“The World of Descartes”) written by Pierre le Coëdic SJ and the Cerebrum (“The Brain”) written by Claude Griffet SJ. These two works play with Cartesian theories as well as with the Virgilian and Lucretian subtexts, bending genre traditions and representing an intriguing mix of genuine fascination and subtle critique of the ideas of the 17th century philosopher.

The talk was attended by the Renaissance Centre’s academic staff as well as PhD- and MA-students and inspired a discussion on i.a. the didactic function of these peculiar Neo-Latin texts.

For information on the ERC project on Neo-Latin scientific texts: https://www.uibk.ac.at/projects/noscemus/ 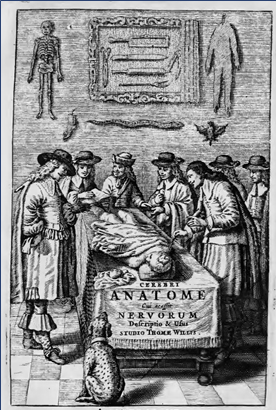