On Wednesday, 15th March, Prof. Karl August Neuhausen (Bonn), co-editor of Neulateinisches Jahrbuch and the series Noctes Neolatinae. Neo-Latin Texts and Studies visited the LBI. Its members gave him an idea about their current projects and used the opportunity to thank him for the fruitful cooperation over the last years, out of which came several articles written by LBI members in Neulateinisches Jahrbuch as well as two volumes in the series Noctes Neolatinae, edited by Johanna Luggin and Valerio Sanzotta (vol. 27 and 28). 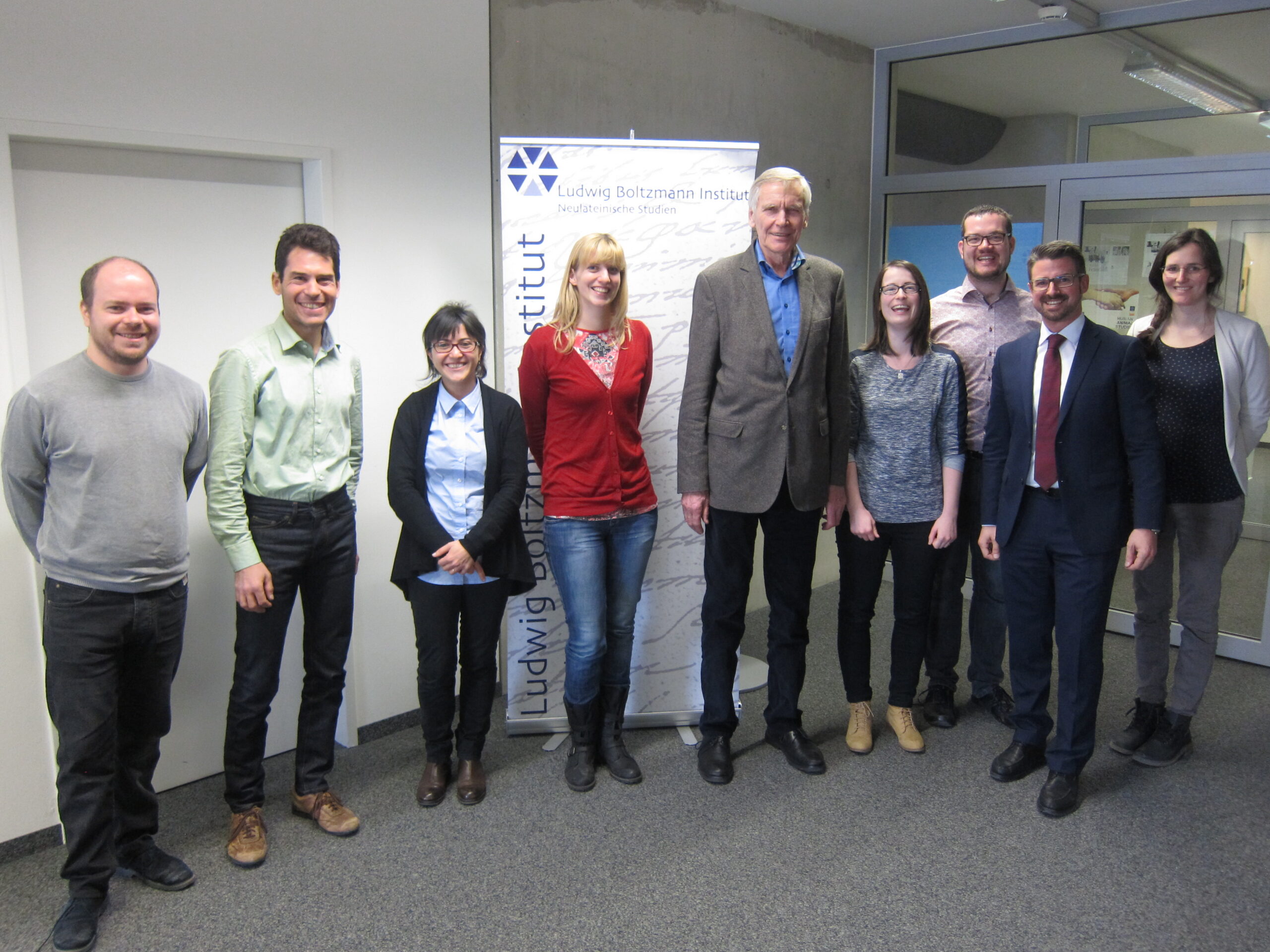