„This study provides a critical edition of the Pervigilium Veneris with a Latin text, translation and commentary. This late-antique poem, the ‚Vigil of Venus‘, is of unknown date and authorship. It exists in four heavily corrupted manuscripts, including the Codex Salmasianus, as part of a collection of later Latin poetry compiled around the 6th Century AD. Considerable attention has been paid to the piece since its first edition in the 16th century, largely on account of its singularity, mysterious origins and enigmatic final stanza, in which the poet suddenly bursts into the piece lamenting his ‚lost muse‘.

Despite this scholarly interest, much work remained to be done in order to arrive at a more solid text of the poem and a more complete understanding of its meaning. This new edition, with detailed commentary notes and a full introduction to the historical and literary contexts of the poem, furthers our knowledge by offering new perspectives and analysis, incorporating existing scholarship and reviving ideas that had previously been set aside.“ 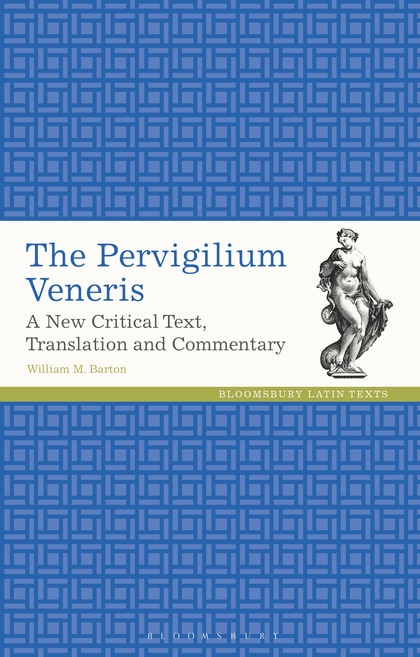